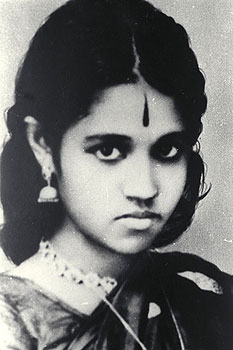 By 10.30am, a long queue is stretching at Alexandra Palace. Families in robes, men in suits, the elderly in wheelchairs and women with buggies are all waiting for Amma, The Hugging Saint.

Born to a humble fishing family in Kerala, India, Her Holiness Sri Mata Amritanandamayi Devi has been hugging people – sometimes thousands a day – for 41 of her 56 years. She cuddles in countries across the world, often into the early hours of the morning, and is said to have hugged 20 million people.

“I’ve been to see Amma every year since 2000,” says Janet Lewis, 50, who has brought her two-year-old granddaughter Madison 98 miles from Loughborough for a hug. “I come for the love and the peace and the joy.”

Inside, the rose pink walls of North London’s Ally Pally and the strong scent of incense give an air of Indian ashram. The last time I was here I saw Arctic Monkeys, when lads were chucking pints of lager in the air.

The hugs are regulated by a system of tokens, similar to a supermarket deli. Ahead of us for hugging are Emily Naumovic, a 35-year-old New Yorker who lives in London, and her English friend Carolyn Payne, 37.

After her hug, Emily – like many – finds herself moved to tears. She says she has come because she is pregnant and homesick.

She says: “I’m shocked I’m crying. It wasn’t what I was expecting. But I’m glad I came.”

Fred Cook, 38, an engraver from Carmarthenshire here with his family, is attracted more by what Amma does for the poor. “She just does what she says on the tin,” he says.

On its website, Amma’s NGO Embracing The World says it runs a 1,300-bed hospital, gives scholarships to 100,000 of India’s poorest kids, supports 500 orphans in Kerala and 100 in Nairobi, Kenya, has built 40,000 homes for the homeless, feeds two million people in India and 40 cities in the States and has planted over a million trees worldwide.

The charity also responds to disasters and donated £28million to tsunami victims alone. The money comes in donations and from the sale of Amma tour merchandise.

Today the Divine Mother has agreed to an interview and I am brought to the front. Amma sits on a platform of silk and petals, surrounded by offerings. Raised only inches higher than her followers and in a white robe, she is the picture of humility, despite being one of the most powerful women in the world.

Amma grew up in one of India’s lowest castes and was forced to leave school at nine to support her family. Today she is at the heart of a huge charity empire, the winner of multiple peace and human rights prizes and is a UN advisor.

The swami, or chief disciple, translates my questions, and Amma answers above the heads of those she hugs with an infectious smile and an unflinching gaze.

She replies in her native language Malayalam, in a series of metaphors.

“We need to see a frog as a frog and an elephant as an elephant,” she says. “We also need to see others as they are. We use cow manure to grow roses. The manure disappears and the roses bloom. So negativities may happen, people may criticise you but, if you have the right heart, you will blossom.”

Her vital lesson for the world today, she explains, is compassion. “Imagine you have only a single-watt bulb – it will not give you enough light,” she says. “But with many bulbs there will be light, love and understanding.”

When Amma was a child, her hugs got her into trouble. It wasn’t appropriate for a girl to be hugging older men or people of a different caste. Her brother was so filled with shame he tried to stab her to death.

But, she says: “In olden times they threw stones at me, now they strew flowers. I see both as the same.” I also ask about accusations from ex-devotees that her ashram – which began in the cowshed next to her home and is now home to 3,000 people in 18-storey residences – is run like a cult.

“My path is the path of love – if others see it as a cult I’ve no comment,” Amma says. “People come of all religions and faiths. If they seek a Christian mantra, or a Hindu mantra, I give them one. I don’t believe anyone can create a new religion – Truth has already spoken.”

Her followers appear to be a mix of hippy types and people who’ve found themselves on a gap year in India, plus housewives and plumbers and teachers. But the room of devotees inside Alexandra Palace is only the tip of the iceberg.

Behind the scenes are around 200 volunteers, who give up two months of every year to support her during her 11-country European tour. Around 30 have travelled from the ashram in Kerala – full-time disciples, who wear the white robes, must be celibate and fully dedicated to the Amma way of life.

Down in the kitchens are the most trusted of Amma’s disciples. “We are none of us cooks,” says Paul Sharma, 71, who runs the kitchen after a background in retail factory work in Northern Ireland. “Paul here is a 747 pilot. Alka is a consultant radiologist.”

They provide thousands of meals a day from largely donated ingredients, with unofficial sponsors such as Riverford Organics, One Water and, more surprisingly, Starbucks.

Alka Thakran, 44, has been following Amma since 1992 and gives up seven weeks of her life every year to work in the touring kitchens. “Amma teaches us not to talk, but to do,” she says. She pays up to $2,000 a day for a replacement to do her radiology job in Sacramento, California.

“I say to her, why not just donate the money and carry on working?” says Paul Parks, the pilot. “But she says the work here is priceless.”

Finally, I find myself kneeling in front of Amma, being pushed none too gently by the robed assistants who move in and remove the huggees.

The hug itself is warm and firm, wrapped up in the bosom of the living saint, with back-stroking, kissing and a mantra whispered in the ear.

It is comforting, if a little restricting, and a very peaceful place to be.

2 thoughts on “Meet the hugging saint”