Satsang in Devgain village of Jharkhand

Devgain is one of the adopted villages by Amma. It is situated in Jharkhand state.

We visited this village in order to share Amma’s teachings and to inspire the village folk.
The village people were dispersed here and there but waiting when we reached. A blind man from the village started speaking impromptu about Amma briefly, thanking Amma and Ashram and then summoned everyone to the Pavilion 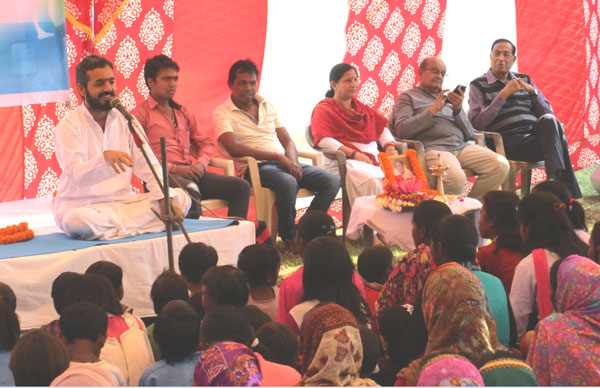 We found people to be extremely simple but very shy initially. However soon they opened up and we had good discussion on various aspects. There was a talk about Amma and Her spiritual teachings. The village folk paid great attention listening to Amma’s vision of self-reliant villages. 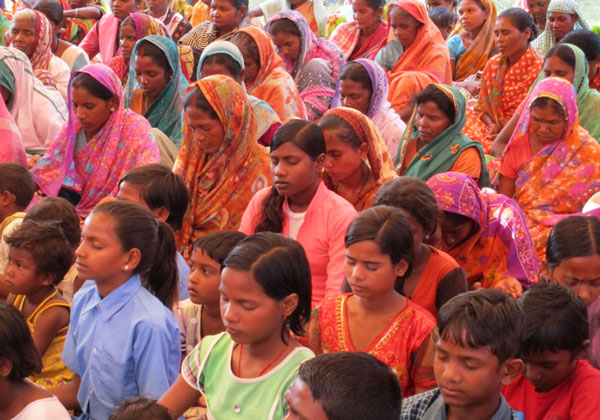 We had some fun and jokes also while discussing the bad affects of liquor and other such intoxicants. But the best part was the discipline we saw in little children. We were surprised to see the children meditating calmly without making much noise. Later we came to know that many children and villagers were regularly assembling in one of the places which Ashram had provided, where they would sing bhajans and also chant Archana.

Everyone participated whole heartedly in meditation. 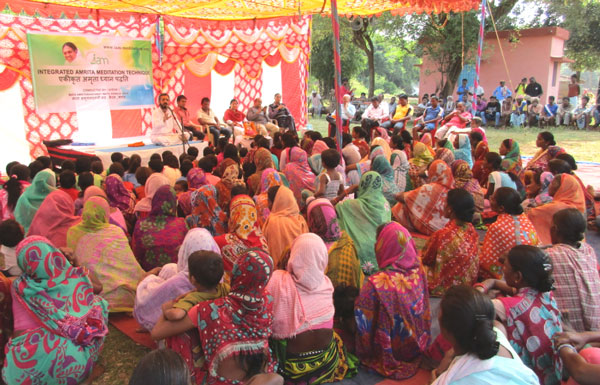 Some women from the village came later and requested that more such sessions be held in village from the Ashram side and primarily focus on the eradication of the habits of drinking liquor.

Later, we were taken around to see the progress in construction of the various houses and toilets being built as part of Amma’s village initiatives. Finally one of the families lovingly served hot tea and biscuits to all of us – in the same place where the villagers regularly sing bhajans. This was the place where Brahmachari Ratnakar had stayed for few months while constructing houses and teaching bhajans to the children. We also saw the house where regular tuitions were held for more than 70 students by the teachers employed by Amrita Serve. 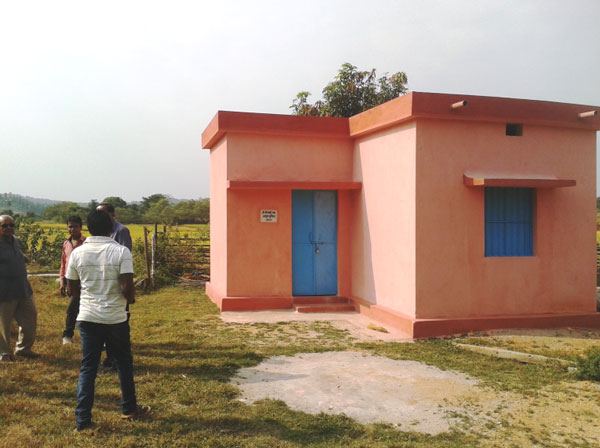 It was a very satisfying experience to see the enthusiasm among the village folk. Praying that more and more such villages realize their inner potential soon.