efforts to protecting nature and its resources 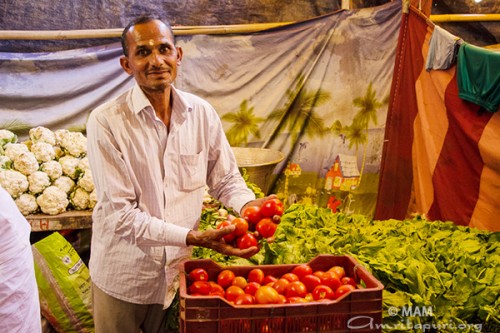 A large tract of land near Delhi (Faridabad) has been acquired for a new Amrita Hospital and University. Until construction begins, Amma has instructed the land be used for farming. More than 50% of the 1000+ kilos of fresh vegetables to be served during her Delhi Program will come from this farm. An additional blessing […]

A bit less than a year ago, Amritapuri was welcoming 6 new special residents: the miniature indigenous cows from two endangered breeds in India, the Vichoor Cow and the Kasargod Dwarf. The very species that Krishna once played with and made so dear to his heart… (Read about their arrival) Since then, the 4 adults […]

Around Amma’s birthday, a tiny pair of birds chose the leaf of a certain potted plant near the kitchen to build their nest, lay four eggs and rear four young ones. They bent a leaf to a shape and made a cradle out of it. Another kind of tiny birds which built its hanging nest […]

A bright morning here in Amritapuri:  the new miniature indigenous cows that the ashram got recently from the Kerala Agriculture University were moved to their new separate cowshed close to Amma’s room… Very cute animals, especially their rabbit-style ears continuously moving to capture the various sounds around them! They are from two endangered breeds of […]

Amritapuri, 15th February 2011 Few days ago a baby owl was brought to Amma during darshan. It had fallen from its nest people said… Amma blessed the bird and made everyone happy, then instructed that it be returned to the nest. Later I was shown the nesting place, which is between the first and second […]

Sannyas for the trees

I was in Sapporo, near the Russian side of Japan. During winter the temperature goes below zero. There was a programme on the Mountain side of Sapporo. Within few days everything will be  covered by snow. The snow wipes out the colours and shapes. Everything becomes white. Everything gets a round shape because of the […]

With children in Guam

31 Jan 2009, Guam Island During my stay in Guam, we took a group of children for a nature hike, in order to give them a chance to bond with Mother Nature and value the many blessings that She always showers on us. The name of the place was “Shark’s Hole”, which is a hidden […]

I’ve been coming to Amma’s French center for several years. Time after time, I’ve received more and more, and at some point I felt time had come to give back in some way. There were several of us in that case. Mathieu, Virginie and Sudha were also looking for a way to bring out Amma’s […]

This past week over 200 devotees and Bay Area environmentalists of all ages planted nearly 700 trees and shrubs on the hillsides of the M.A. Center. While we planted, we could hear bhajans  ringing out from the temple as Amma gave darshan. It was such a sweet way to come together in service and all […]