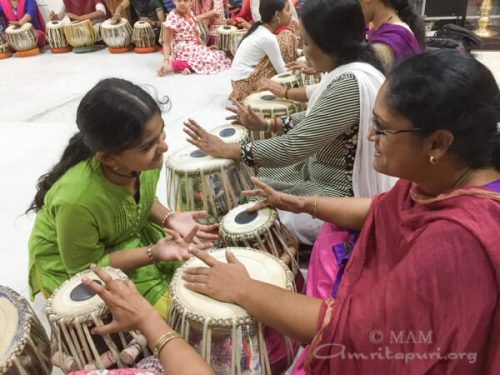 Tabla is relatively new as a musical instrument in India. Traces of its first origin go back to just 300 to 400 years. Since then, going through a continuous evolution in the shape of the instrument and its tuning and usage, it has become an essential instrument in the Hindustan traditional classical music. Tabla is […] 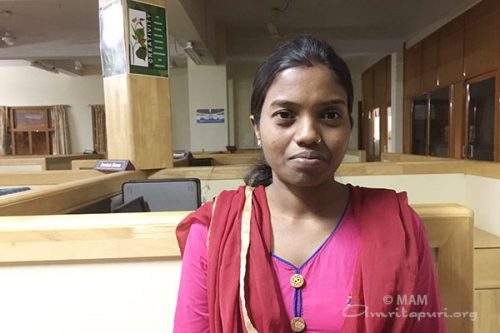 Anju against all odds

‘Being a woman in a man’s world is never easy.’ This refrain is heard time and again. The story of Anju Singh bears testimony to this statement. With Amma’s grace, by taking part in the AmritaSeRVE program, she has been able to overcome all odds and transform not only her own life, but those of […]

It’s all about working with the right attitude

“Being an atheist, I had never known what values were in their true sense until I met Amma.” Mr. Sairam, Income Generator of Amrita SeRVE greeted us with this strong statement in a freewheeling chat, wherein he conveyed the idea behind AmritaSeRVE and how, through an amazing transformation effected by Amma, he became a part […] 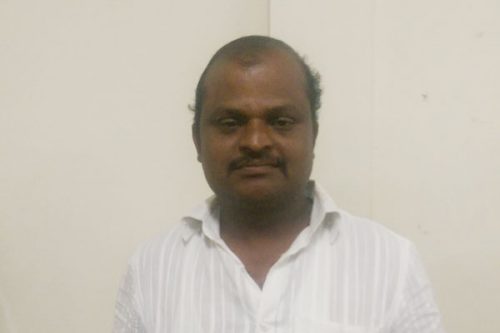 From basic education to technology, a dream coming true

On this auspicious occasion of our beloved AMMA’s 63rd birthday we got an opportunity to interact with Mr. Subhash who is the coordinator of Amrita SeRVe – Koduru Village, Telangana. Mr. Subhash described the AmritaSeRVe initiatives going on in his village. They have constructed a Shiva temple in the village, but he says “Our whole […] 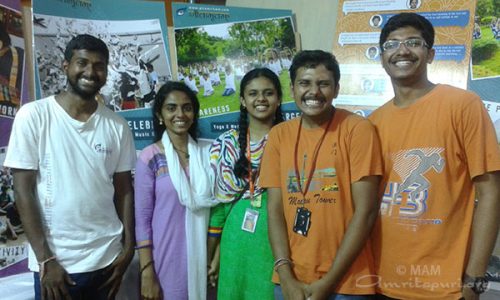 Most of us are familiar with the Bhagavad Gita as an insightful dialogue between Lord Krishna and Arjuna on the battlefield of Kurukshetra. Arjuna, the valiant and noble warrior faces immense conflict internally as he heads off to battle his Kaurava relatives. It is right then that Lord Krishna guides him, and shows him the […] 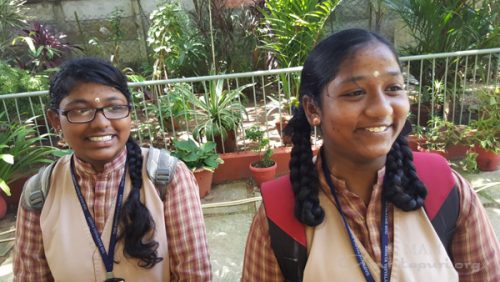 We are here to kidnap Amma

Vaishnavi and Valsala are twin sisters. They are from Amrita Vidyalayam, Davengere (Karnataka). They came as part of a group from their school to visit Amritapuri and get Amma’s blessings. It was their first meeting with Amma. The meeting just blew them away… “There is so much energy, so much love, I feel like crying, […] 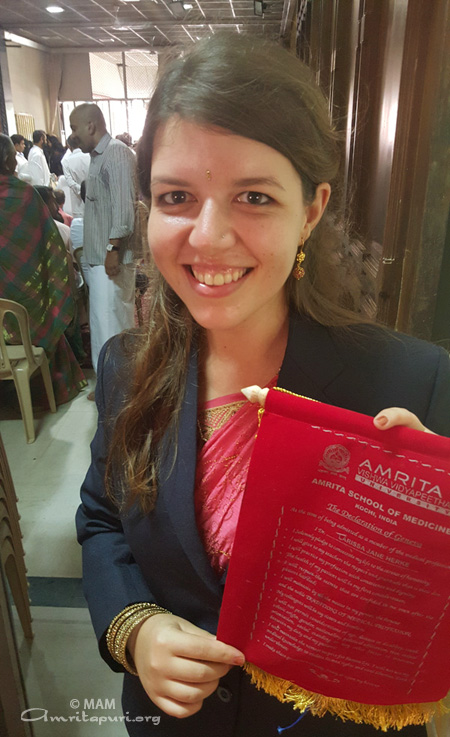 I came to the ashram in 1991 with my parents and sister, when I was 3 years old. I had met Amma when I was 2 in the US. We lived in Amritapuri for 7 years and I did home school. When I was 10 Amma said we should go back for my and my […] 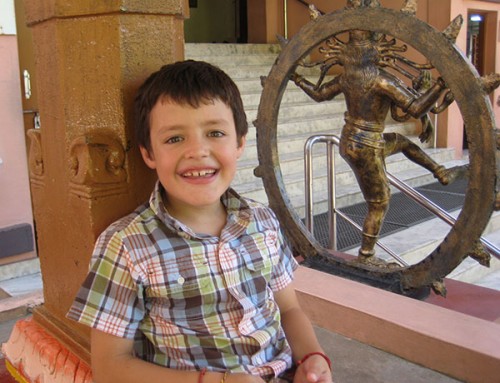 Marco Gabriel Reyes Grieves is currently visiting Amritapuri ashram for a period of 14 weeks with his parents – his father is Mexican and his mother is American. Marco is from Mexico where he lives in a small village right next to one of Mexico’s most famous archeological sites, the ancient city of Teotihuacan with […]

26 Sep 2015, Amritapuri Mrs. Bexci P. Britto, Assistant Professor at Bishop Appasamy College of Arts and Science, Coimbatore, who was at the ashram for the first time, shared her experience about meeting Amma. “A few things are inexpressible in life and they go by the term “zing factor”. I had such an experience here […]