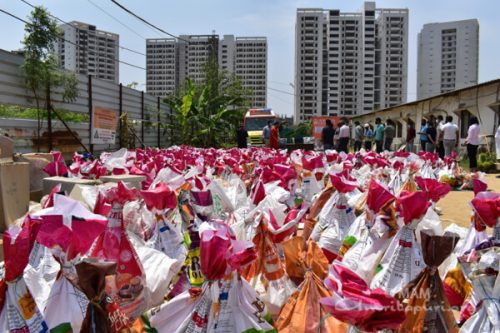 In Endless Darkness, Light a Lamp and Move Forward….

Though it does also underline a sad fact that it takes a calamity to awaken the Humanity within humanity. Spirituality ever has been about becoming a human being, in the true sense of the word.

16 April 2010, Bangalore Inspired by Amma’s Love and Service for the humanity, Amma’s Bangalore children also wanted to do squirrel’s seva in the great Service been carried out by Amma for the flood victims in Karnataka and Andra Pradesh. Under the leadership of Swami Amritegeetananda Puriji, a team of 19 members left for Raichur. […]