Tabla is relatively new as a musical instrument in India. Traces of its first origin go back to just 300 to 400 years. Since then, going through a continuous evolution in the shape of the instrument and its tuning and usage, it has become an essential instrument in the Hindustan traditional classical music. Tabla is prevalent in spiritual bhajans and the romantic ghazal songs.

In the early days, as Amma was singing devotional songs with her first disciples, tabla was one of the musical instruments that were part of the instruments used by the group of musicians singing with her. Swami Pranavamritananda, for instance, was the first specialist in playing the tabla. 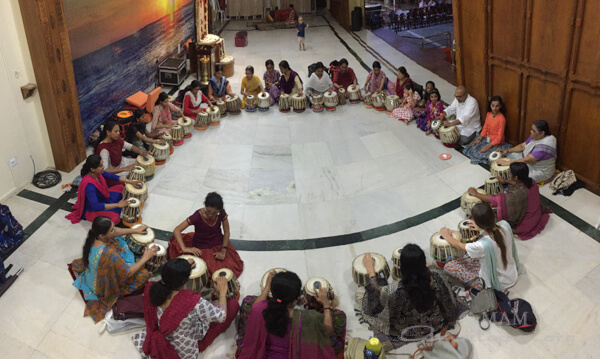 In the last few years, Amritapuri’s experienced tabla players gave classes to those who showed interest in learning this skill. The students included a few brahmacharis, ashram kids and a few of Amma’s international devotees.

Last year in May, as Amma was about to leave on her 2017 American tour, she asked the brahmacharinis if any of them had the desire to learn to play the tabla. Most of them would be going to hold programs in various parts of India for the next two months, and Amma wanted them to be independent without depending on finding a local tabla player to accompany their singing during the bhajan sessions. Some expressed an interest, but things were not organised and classes were not set.

After she was back from the tour, Amma called brahmachari Hari, who is one of the experienced tabla players and instructed him to start classes for the brahmacharinis. She asked those interested to put their names on a list, and very quickly there were 80 candidates! 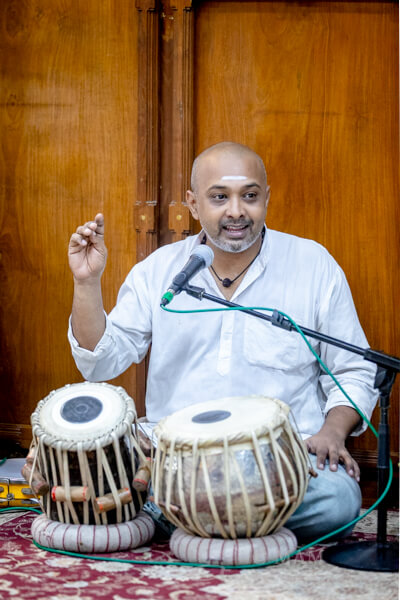 Hari tells us the rest of the story:
“Originally there were about 10 westerners participating in classes held twice a week. And a few kids also had their classes. When all those brahmacharinis showed the interest, Amma instructed that we divide them in 4 groups, with each of the groups attending one class per week. At the same time, due to the encouragement that Amma was putting behind this, almost all the children living in Amritapuri asked to have their classes too, in addition to more international residents and visitors. And later even older married women living in the ashram wanted their own class also…”

He continued:
“A big event took place in the main hall on the Vijayadashami day last September. While Amma was giving darshan, about 100 of the tabla students who had been attending classes for just over 2 months gave a group performance. Most of the participants were brahmacharinis, and the synchronicity was truly magical. A similar performance took place again last April on Vishu day. This time the performance was more sophisticated with an even larger number of participants: brahmacharinis, brahmacharis, children, international devotees and visitors, and older Indian ladies living at the ashram.”

We interviewed a few tabla students from the various classes, and here is what they had to say: 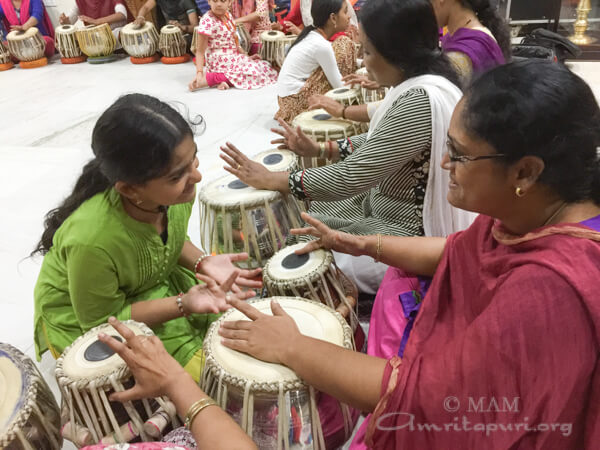 “I started coming to tabla classes when I was 7. I was always fascinated to learn it so that I can follow the bhajans better. I am not playing for bhajans sessions yet, but I already played in front of Amma one time! I am confident that I will be a good tabla player because I know that Amma will give the strength to learn well.” 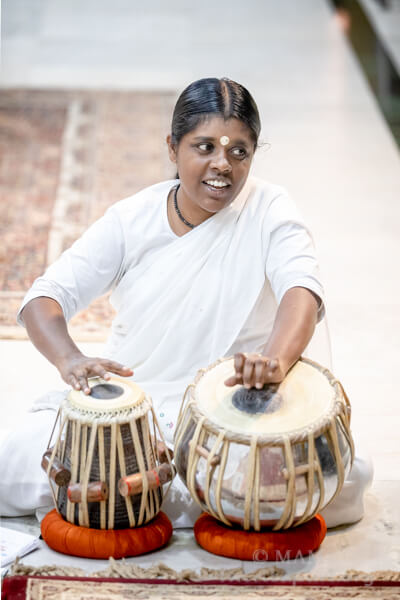 “I joined the tabla classes because Amma encouraged us to do so. The world of tabla-learning is as big as a large ocean, so I am still a beginner. I can play simple bhajans now.”

Brahmachari Karthik
“I started taking part in the classes when Amma encouraged the brahmacharis to learn this skill. I believe that learning any new skill could be eventually useful in my service for Amma at any time. I come to the classes every time unless I am sent by Amma to do work outside of the ashram. And when I am back, I try to catch up with the classes.

Now, after learning the tabla beats, I can enjoy the bhajans even more, as I can follow the beats…”

“I started learning to play the tabla 9 years ago in Berlin. My first classes at Amritapuri were 6 years ago during one of my visits. Every time I am at Amritapuri, I attend the classes to improve my skills. This time, I am here for 3 weeks, taking 2 classes per week. I like the teacher Hari very much, and I enjoy being with my tabla right next to Amma.” 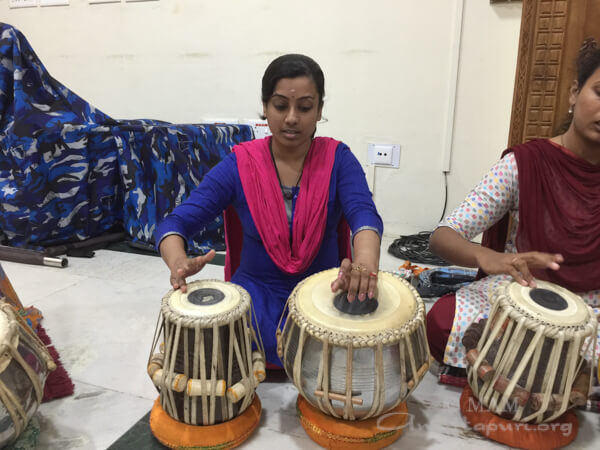 “This is just my 5th class. So, I am very new to this. I wanted to learn it in order to be able to play for the bhajans. A few of us from the university had the interest, so Hari spoke to Amma, and she agreed that we join the ashram lady-residents classes. I still need much practice before playing in public!”