selfless service, sadhana, and its joy 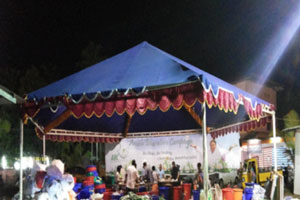 As Indians we all dream about a clean India free of garbage. It is with this idea of creating a clean community, as an initial step towards a clean India, that the Amala Bharatam Campaign (ABC) was initiated. Mahita, who was associated with it since its incipience, spoke to us about her involvement with clearing […] 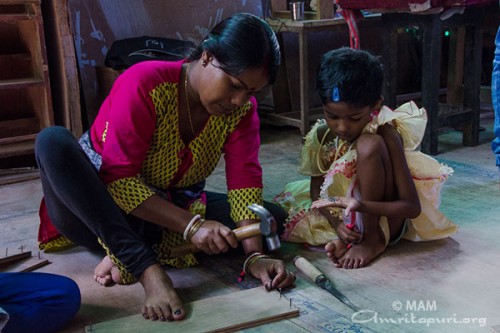 As part of Amma’s 62nd Birthday Celebration, hundreds of women (and few men) from adopted villages across India came to Amritapuri. Many are enrolled in “Women Empowerment: Sanitation Project” vocational classes in their home villages. Taking advantage of the training facilities and skilled instructors at Amritapuri, additional workshops were offered in subjects such as Block […] 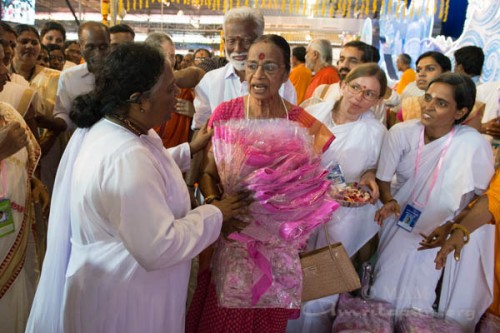 Four lakhs saris is not a joke

Amritavarsham’62! On this special occasion of our beloved Amma’s birthday we got an opportunity to interact with Brahmacharini Soumya and a MTech student, Swati Negi, who are coordinating the gifting of sarees to the poor people and all the projects related to women empowerment. “Since many years Amma is doing Vastradaanam during her birthday celebrations” […] 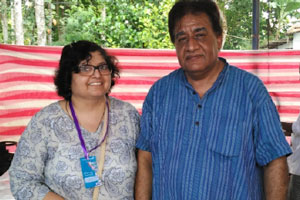 On this auspicious occasion of Amritavarsham’62 we got an opportunity to interact with a Mumbai based businessman – Mr. Ashok Lal. Ashokji is running the North Indian canteen since last evening for Amma’s birthday, serving delicious dishes to appease the North Indian palate….Jilebi is a super-hit! He shared with us his journey from non-spirituality to […]

Several yoga camps were conducted for women in the Himalayan villages of Dunda in Uttarksh, and Jabri, Agastyamuni, Ukhimath, and Guptkashi in Kedar Valley. The women in these villages are known for doing all the work at home and in the fields. Twice a day, they carry extremely heavy bundles of grass out of the […] 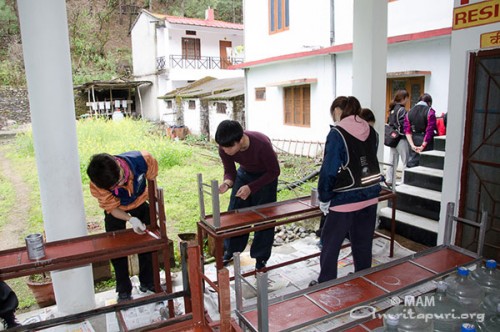 When I saw this room, I thought it had been abandoned for some time. Instead, I was shocked to find it was an active classroom in use only one week before. Judging by the posters left on the wall, this is a science classroom. As response to the immediate needs of Uttarakhand flood victims wraps […] 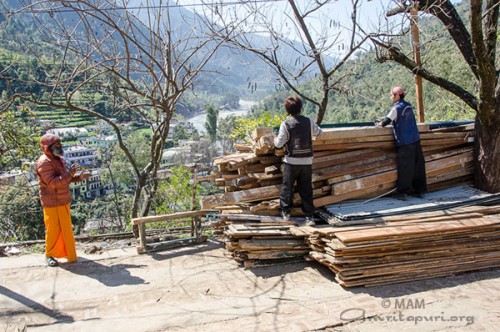 Nothing is wasted and a great care is taken to keep everything from the demolition. Each stone is kept aside for the construction of the new building and the boards can be used for making benches and desks for the schools. 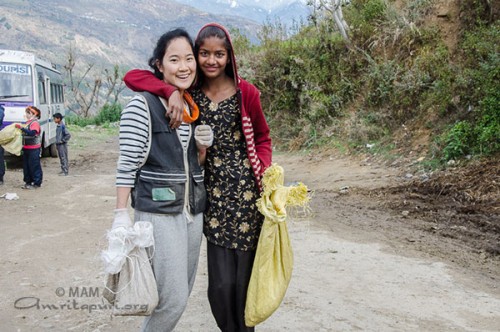 More important than the physical work our team of Japanese students can accomplish, is the example of selfless service they provide for the young children and adults in the villages. Today in Kandara, it was most apparent. The teachers sat and read newspapers, men played cards, younger boys flirted with the Japanese girls. They had […] 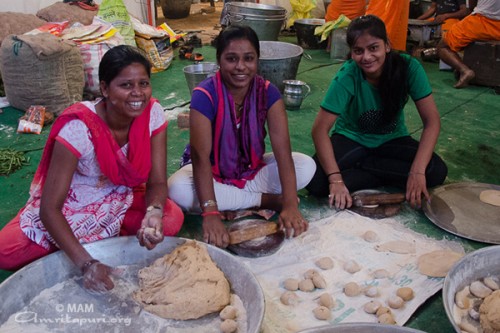 Around 200 villagers from Uttarakhand traveled by bus for two days to see Amma in Delhi. For most, it will be their first chance for her Darshan. For many, it is their first trip to the big city. They represent all of the UK programs we have launched in the past year: recipients of houses, […]