From basic education to technology, a dream coming true

On this auspicious occasion of our beloved AMMA’s 63rd birthday we got an opportunity to interact with Mr. Subhash who is the coordinator of Amrita SeRVe – Koduru Village, Telangana.
Mr. Subhash described the AmritaSeRVe initiatives going on in his village.
They have constructed a Shiva temple in the village, but he says “Our whole intention was that ‘Shakti’ should come to this village and make this village develop.” And, they felt that Shakti may come through the medium of a good spiritual organization. During that time, Ashram (MAM) was also considering adoption of this village. The initiative started with a tuition center, and they saw progress in the first year itself – dropouts reduced, attendance is more regular, students’ marks have started improving and even the other nearby villagers have begun to say that the Konduru village students are disciplined and well organized. Subhash is positive that the students in his village are much happier than the other village school students. 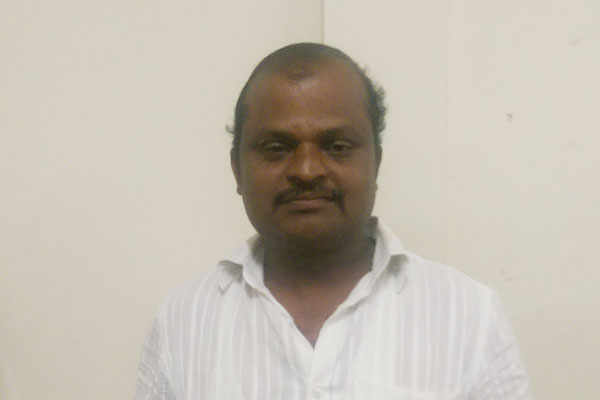 Later, they started a tailoring center for women. Earlier, the village had none and it was costly for them to learn from outside. Now, learning tailoring has boosted their self-confidence. They operate the machines themselves and insist upon their husbands to buy them the machines. They not only stitch for themselves but for nearby villages too.

Another initiative is a computer center. The students of that village were very sharp and they could learn very quickly. The men and women also developed an interest and started learning. Earlier they did not even know what a computer is, but now they have learnt MS Word, MS Excel etc.

Additionally, and perhaps more significantly, there have been transformations within the villagers spiritually as well as in their day to day activities.

Mr Subhash concludes by saying that he always used to pray to Lord Shiva that some Shakti should come and transform his village. After Amma has come to this village, this dream has come true.