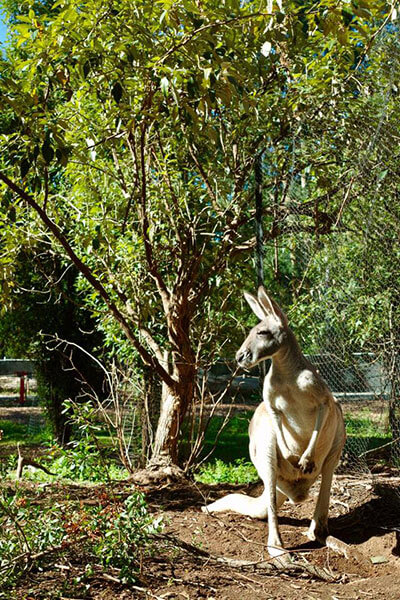 Kangaroos! Kangaroos! Everyone on the the staff tour excitedly viewed the silhouettes on the misty hillside. “We really are in Australia!” someone shouted. Talk turned to the possibility of other unique local wildlife sighting opportunities on off days during the 16 day tour. This discussion reminded me of a similar one during Amma’s first tour to Kenya. Someone in the group asked Amma if they could go on a wildlife excursion early in the morning. Amma looked at her in amazement. “There’s a program tomorrow,” she said, looking at her as if she had lost her mind.

Many of us actually had thought it was a viable plan, to somehow fit in a trek early in the morning, and then rush to help facilitate the late evening program!

Amma, of course, has relinquished all sightseeing and focuses exclusively on her mission of upliftment. Amma went on jokingly, “Why go on a trek to see wild animals. We have all kinds right here. We have tall, thin people like giraffes… and Amma went on in this vein for some time and everyone dissolved in laughter and all thought of wildlife treks vanished. For Amma, her renunciation of all personal enjoyment and focus on putting others first has been an integral part of her being from childhood. For others of us, being on staff on tours is a great learning experience of letting go of vasanas and thinking of others first.

Amma has been coming to Australia for 27 years now and over time an ashram in the Melbourne area and a network of satsangs has come up. The ashram is truly beautiful and though near major highways, is surrounded by farm fields. (The theme of animal life continued when we woke up at the ashram and looked out the window to see huge cows gazing back at us from the field next door and heard many birds, including parrots, grosbeaks and species unknown chirping away.) A large hall for programs and cabins for retreats and special events have been added in recent years. Every detail of the landscaping is exquisite with many varieties of roses and other flowers blooming everywhere. Even the huge green rain water collection tanks are festooned with thick clusters of vines filled with flowers. Majestic eucalyptus trees dotted the grounds providing pools of shade and canopies of fragrant leaves. 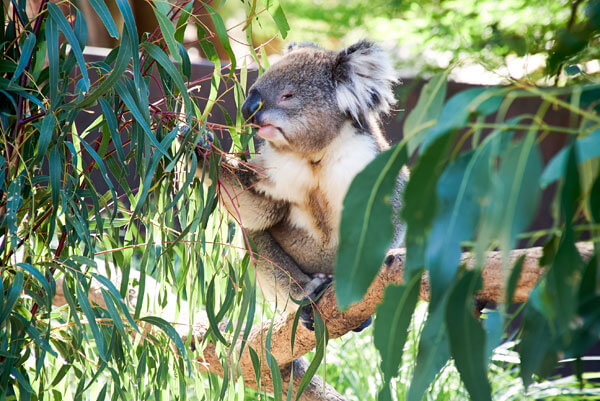 Despite the long Singapore Devi Bhava and overnight flight, that evening Amma invited the local devotees to dinner. We had already been served a very delicious lunch by the devotees and now they mobilized to cook for a few hundred that evening. Amma arrived and beamed at everyone, just streaming an incandescent love, clearly transcending even a biological mother’s love for her offspring. In short order, plates of tasty food began streaming out to the devotees and soon Amma watched benevolently as everyone savored their prasad meal. Amma sang four songs and led us in meditation as well. One of the songs included a personal favorite “Mere Jopadi….” Many years back Australia opened the doors of its houses to Amma and Amma came!

In her satsang at the public program two days later, Swamini Krishnamrita spoke of Amma as a unique female role model…the long awaited arrival of a woman in her true power, blazing a unique path in the world. She mentioned that Amma had been given an award in India whose name, Vishwa Ratna, means Jewel of the Universe. For these few days, Amma would be the Jewel of Australia, radiating love and light across the country.