I feel I am protected 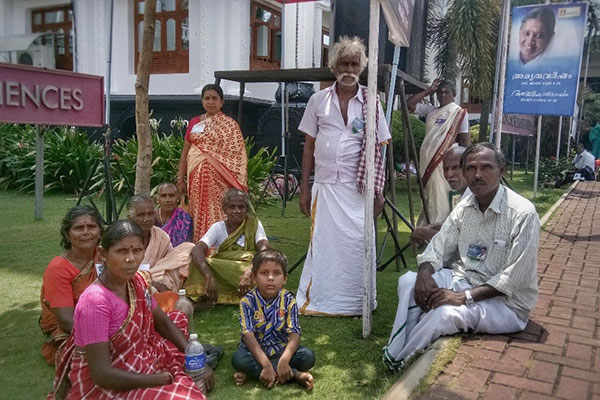 Lakshmi from the village Palamedu, Madurai district of Tamil Nadu, shares with us her experience with Amma. She was overwhelmed when we asked her about Amma.

She said “The first time I came here, we were really broke and had plenty of financial problems. My son had studied Electrical Engineering but he was jobless; we did not have any income to satisfy our hunger. I told Amma all my problems and she hugged me and said, everything would get better soon. A week later my son got a job and we were slowly coming out of our financial crisis.

However things took a turn for the worse when my son fell ill and doctors said that he needed surgery to remove kidney stones. We were in such a situation where we couldn’t afford such a surgery. I cried and prayed to Amma. When my son was admitted in the hospital, some of his friends managed to pool in money for his surgery – I do not know how they managed to do it!

I couldn’t believe it … Amma had again saved my son. From then onwards I save money to come for Amma’s birthday every year and this is the 10th year I’m here to meet my Amma.”