Nov 3-4, Sabarimala
Mata Amritanandamayi Math deployed 3,200 volunteers for a two-day cleaning drive at Sabarimala Sannidhanam (2,200) and Pampa (1,000) on the 3rd and 4th of November 2012. They included Ashramites, devotees and Amrita University students & staff. The cleaning was carried out in response to the request made by the Kerala State Government.

Minister for Devaswom V.S Sivakumar lauded services of Amalabharathom volunteers. He was inaugurating the intensive pre-season cleaning drive at Pampa & Sabarimala on Saturday. He said the hard work rendered by the 5,000-strong Amala Bharatam volunteer force of the Math last year had earned acclaim {news}. They played a leading role in the five-day intensive drive last November, by removing the filth accumulated at Sabarimala, Pampa, and surrounding areas for nearly two decades, he said.

“My special congratulations to the students of Amrita University who voluntarily participated in this campaign. Service Certificates with Kerala Government emblem will be distributed among the students who have  participated in this clean up drive” he continued.  He promised that from next year onwards arrangements will be made in consultation with Transport Minister to make available the service of KSRTC buses for the conveyance of these ABC volunteers.

Anto Antony, the local MP, added that “respectable Amma is an embodiment of love. Her love is flowing towards the whole world! The ABC drive presents the scene of Amma’s children expressing selfless service pouring out from their hearts.” He requested to the Minister for Devaswom that the certificate proposed should carry weightage marks.

Speaking on the occasion Swami Jnanamritananda Puri said that “Amma teaches us that cleaning the environment is worshiping the Lord. Sanatana Dharma sees all elements and aspects of nature as the manifestation of God. To pollute nature is literally spitting on God’s face. He said the our mindset should change and lessons of environmental cleanliness should be imparted to the students from  first standard onwards. He lamented cleaning for cleaning’s sake is of no use and is in effect a futile attempt. He reminded that throwing and littering waste materials in and around Lord Ayyappa’s holy garden tantamount to throwing these waste matters directly on to the face of Lord Ayyappa and all concerned authorities should try to make an awareness among devotees regarding this.

Swami urged the Travancore Devaswom Board and the government to install separate bins at different points to collect degradable and non-degradable waste. He suggested the setting up of an enclosure on the banks of Pampa for those pilgrims who persistently wanted to throw their clothes and malas into the river on their return from Sabarimala, though it was not at all part of the custom and tradition at Sabarimala. 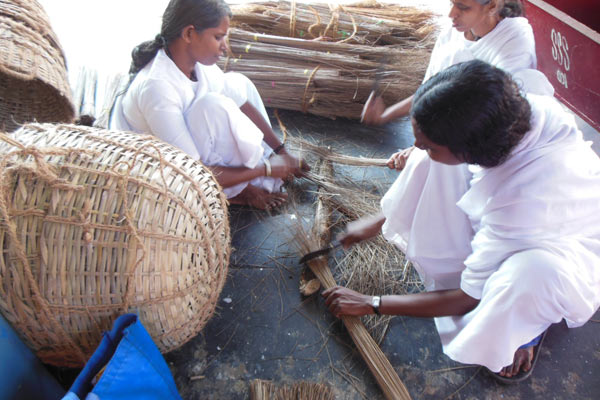 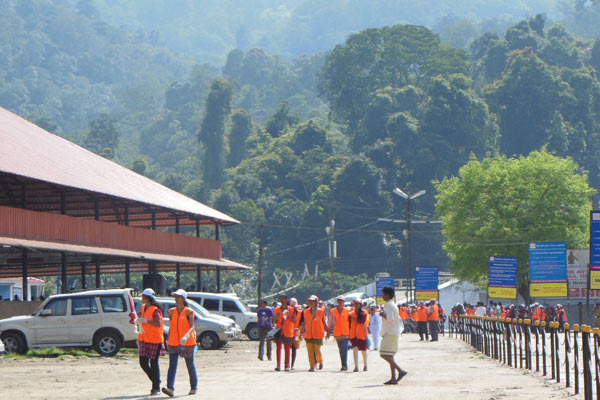 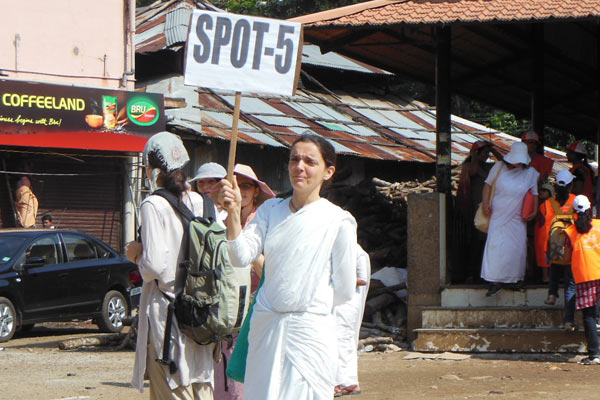 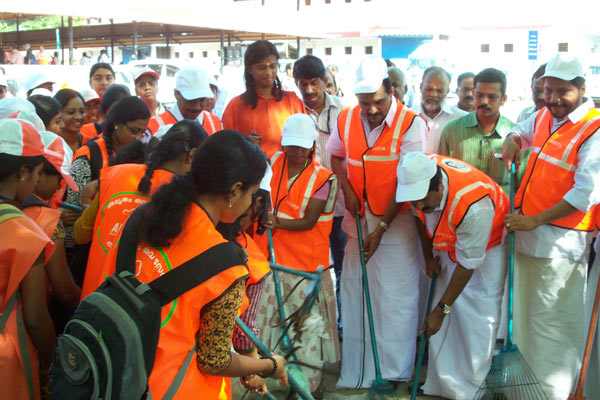 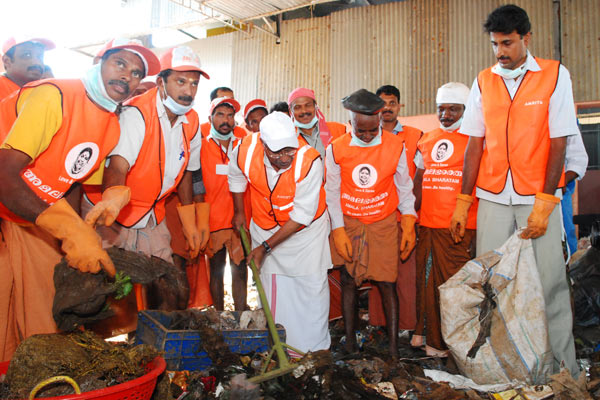 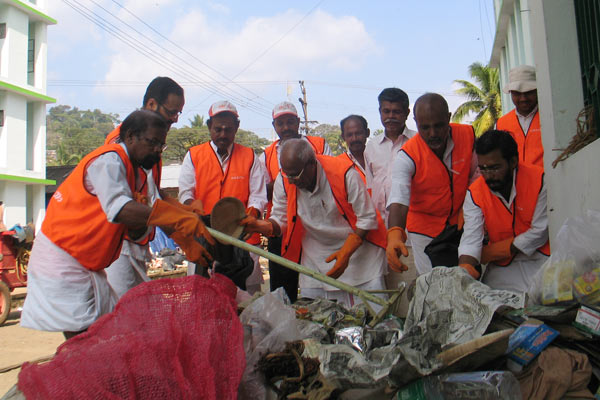 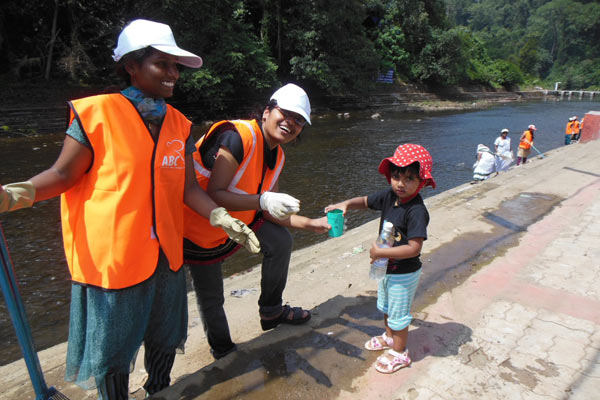 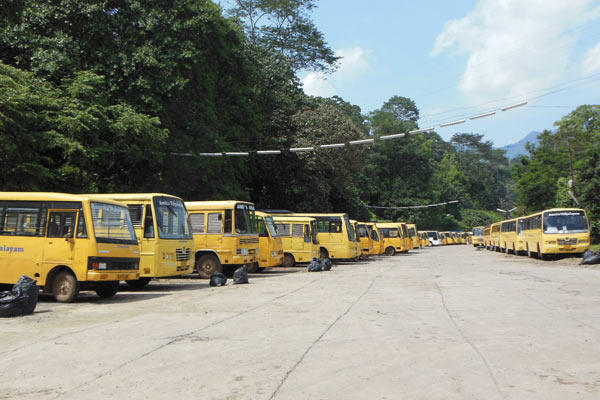 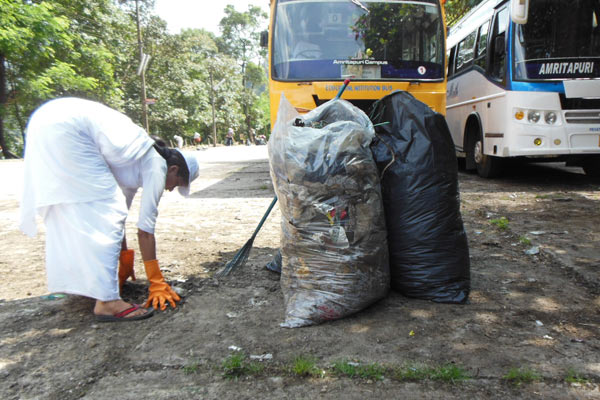 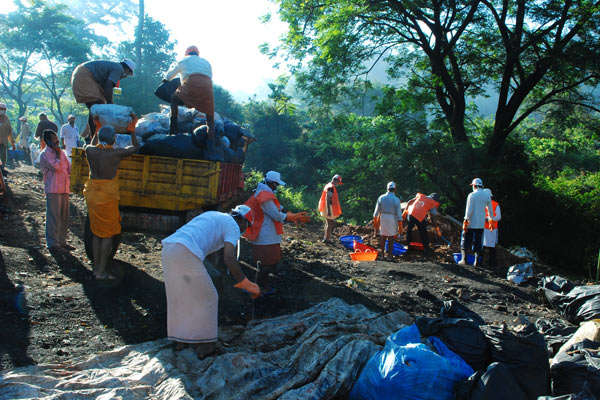 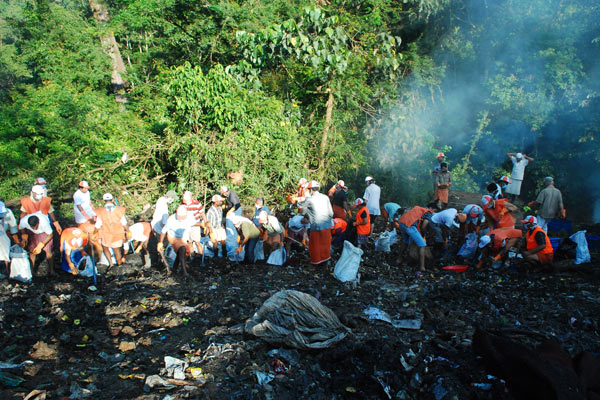 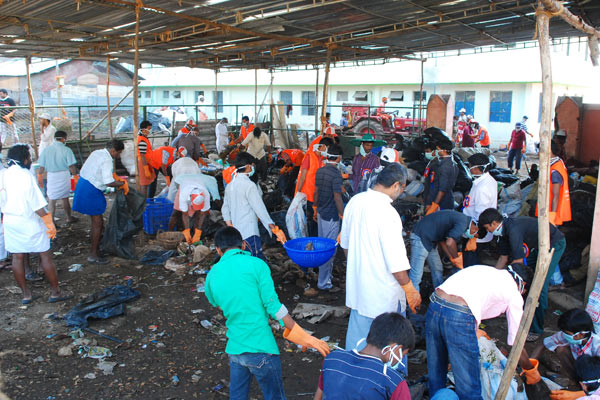 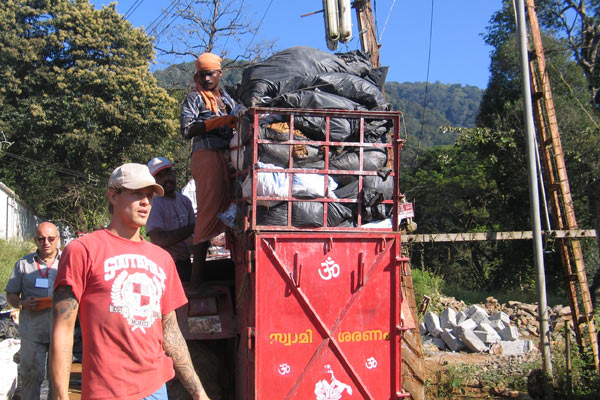 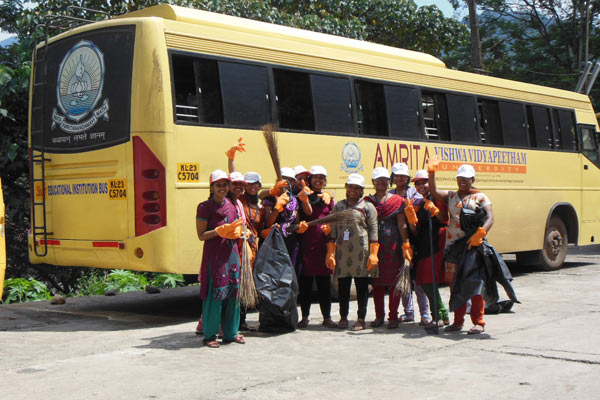 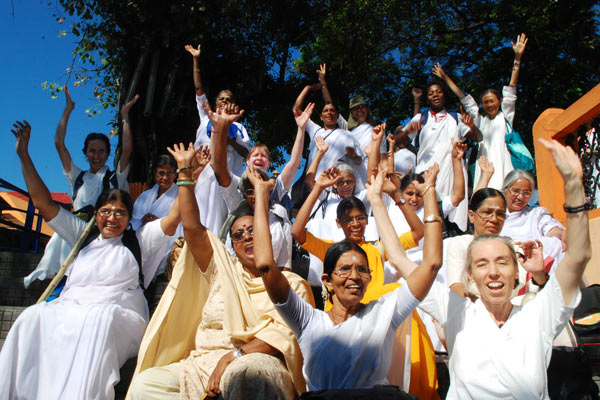